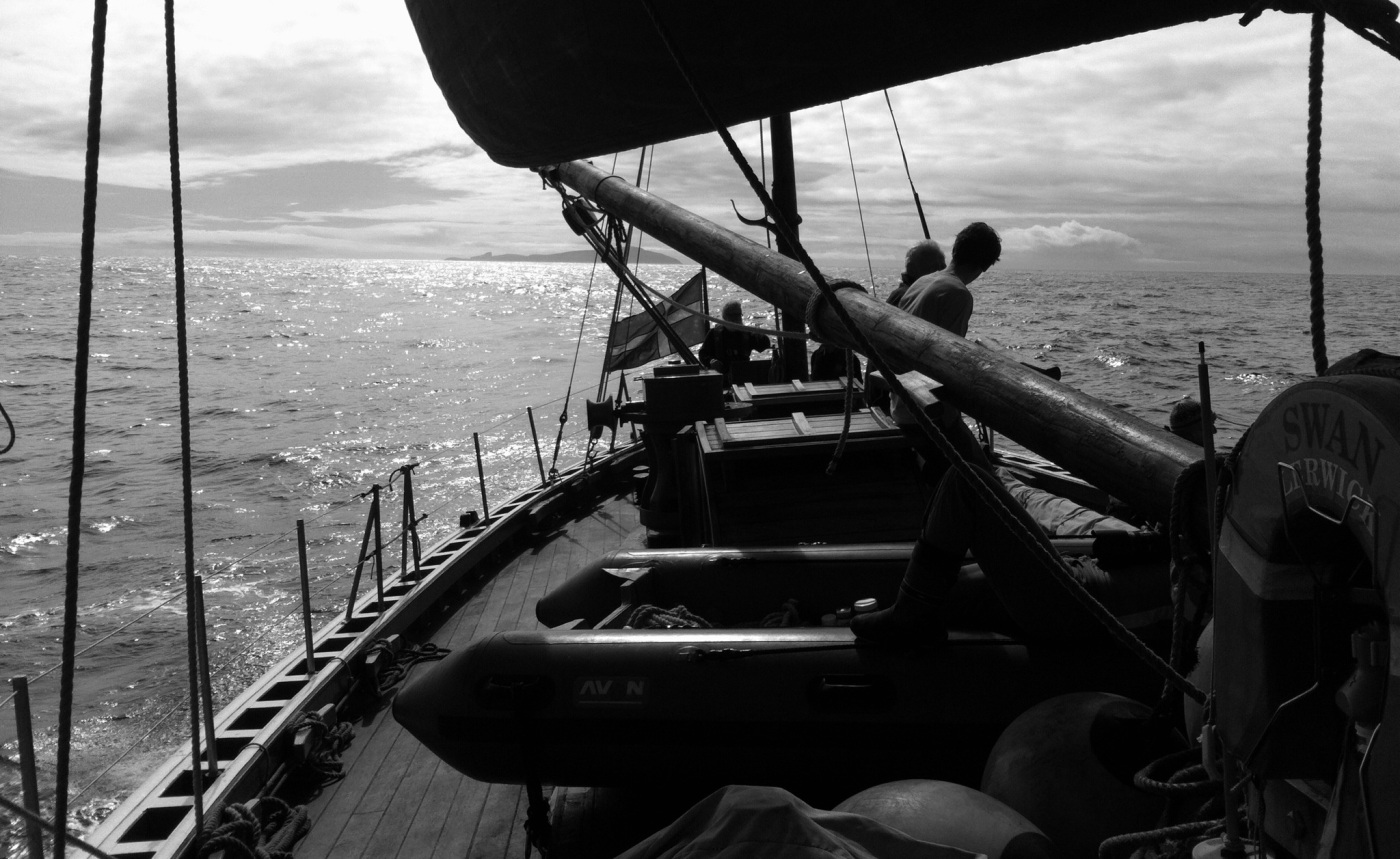 James Brady, artist and curator, member of the ecoartnetwork, sent us this short report on the Cape Farewell Northern Isles expedition

‘Journeying from Orkney to the Shetland islands via Fair Isle, the expedition
will consider the relationship between people, place and resources in coastal
and island environments, with emphasis on the role of community agency
and local knowledge in developing social and ecological resilience.’

Between the Atlantic Ocean and the North Sea, the swells and tides brought with them a cascade of complex emotions which we (the visiting crew of The Swan) all precariously navigated over the three-week course of this extraordinary, interdisciplinary research sailing expedition.

The expedition itself is a beautiful work of ecological art, in my opinion, and curated with a rare sensitivity and grace. Journeying and exploring becoming mindful ways of knowing and ways of being. Collectively we encountered and investigated the layers of histories and ecologies, entangled within the fabric of the islands’ environments and their communities (human and non-human).

From the large-scale wave and tidal renewable energy research projects and the extensive Neolithic archaeology of the Orkney Isles, to the indigenous craft cultures and fishing heritage of the Shetlands – we encountered the shifting, contested grounds between tradition and the modern, development and sustainability, the global and the local, renewables and fossil fuels…

I was astonished how willing the local people on each island were to engage in conversation, open to questions and having their generational stories recorded – fishermen, musicians, farmers, poets, teachers, knitters, etc. It’s a fascinating paradox, because these folks are both resilient and vulnerable to ‘change’ – certainly a characteristic of small, remote communities across our planet.

One of the leading characters in our expedition story was The Swan – a beautifully restored, century-old herring drifter – a community-run boat based on Shetland. She nurtured a fascinating and dynamic social energy amongst the crew. I was privileged to be in such esteemed company – a wonderful mix of creative and scientific minds so willing to share and exchange inspiration and knowledge.

James Brady was a member of the first Northern Isles expedition crew. He is an artist and curator based in Merseyside, England. www.capefarewell.com/2013expedition/crew/james-brady/